Why Society Should Value Canine Education

Education is important — so much so that it’s written into our law… for humans.

In the United States, there are compulsory education laws, which mandate that children attend school (public, private or home) by a certain age, and state they are not allowed to drop out (should they decide to) until a specific age. These laws were developed to help literacy rates, protect against child labor, and to better the population as a whole. Unfortunately, there’s no such law to promote canine education. 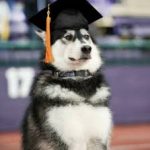 If we, as a society, promote the importance of education for people, then I propose that it’s high time we advocate for a similar system for inquisitive canines. Dogs (and other non-human animals) are becoming more a part of our everyday culture. I submit that we will only benefit if we establish similar requirements for our canine companions in order for them to not only adapt, but also to contribute in positive ways and gain wider acceptance.

According to this recent Harris Poll, 95% of Americans consider their pet as part of the family – I know I certainly do! So if this is the case, then why not go above and beyond the birthday present, special homemade treats and spa sessions by giving our dogs a canine education that not only enhances their home life but also allows them to become an upstanding member of society?

One reason I became a certified dog trainer was because I wanted to be able to bring my own dog to as many places as possible. My rationale was that if all dogs were well-mannered, then they would be welcomed by more people and into more places, and eventually would help change our “no dogs allowed” culture to “courteous canines welcomed.”

How great would that be? (Bark once if you agree, twice if you enthusiastically concur!) 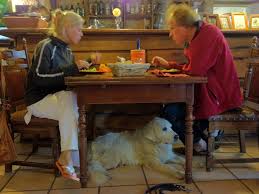 I know there are some naysayers out there gasping as they read this, and I realize that some places might not be appropriate for dogs (i.e. commercial kitchens, operating rooms for humans, etc.), similar to certain places not being appropriate for young children. However, I believe with the right kind of training, many places that are currently considered off-limits for dogs could be perfectly fine, and even preferable with their presence.

But was does “well-mannered” look like? And what education would be necessary to achieve it?

In my opinion, the same guidelines used for therapy dogs would be a great starting point. Unlike service dogs, therapy dogs must hold an actual certification. This is not to say that service dogs don’t perform specific tasks – most do. However, owners aren’t required to show proof. Therapy dogs, on the other hand, go through detailed training with their handler and then have to complete a certain number of supervised visits where they are observed and given feedback. (Yes, this is a test!) Once these steps have been completed, they provide references and more to complete their application. And, therapy dog handlers are required to carry their membership card whenever he or she is “on the job.”

There are several organizations devoted to supporting canine education and humans in the therapy dog certification process including, Love on a Leash, Therapy Dog International, and the American Kennel Club’s Canine Good Citizen. Each of these programs requires dogs to be proficient in specific skills in order to perform duties to help make people feel happy, relaxed, and safe. These include: 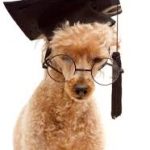 Wow! Imagine a world where dogs were better behaved than us humans! It seems to me that if these skills are good enough for therapy work, they would be more than sufficient for general public interaction.

And just as children respond best to education with the support of their parents or other loving adults, dogs also thrive when we humans work on canine education with them– and in the process, we become better trained ourselves.

So here’s my question to you inquisitive pet lover: What do you think about mandated canine education – and if we get people and their pups to participate, should society as a whole, welcome dogs into places they weren’t previously allowed? I say, no dog left behind!